Having benefited from playing under Steven Gerrard at Rangers, Joe Aribo is starring for Nigeria at

Having benefited from playing under Steven Gerrard at Rangers, Joe Aribo is starring for Nigeria at the Africa Cup of Nations in Cameroon as the Super Eagles target winning a fourth continental crown.

Aribo started Nigeria’s first two group games, helping them to wins against Egypt and Sudan that sealed their place in the last 16 with a match to spare.

The midfielder was then rested for their final 2-0 win over Guinea-Bissau as interim Super Eagles boss Augustine Eguavoen sought to keep Aribo fresh for Sunday’s last-16 tie against Tunisia.

“When I called him up for the first time, he scored a goal as soon as he came into the side,” recalls Gernot Rohr, the veteran German coach who gave Aribo his international debut but was sacked last month.

Aribo, who was born in London, made his bow for Nigeria in September 2019, not long after joining Rangers from Charlton Athletic.

“It was a friendly match in Ukraine after the last Africa Cup of Nations when we were looking at new players,” Rohr, who took Nigeria to third place in 2019 in Egypt, tells AFP.

“He played really well in that first match and remained in the starting line-up from then on as long as he was fit, because he has had some injury problems and had Covid.”

The 68-year-old Rohr enjoys speaking about the players he worked with while in charge of Nigeria, and there is no bitterness about the manner of his departure just before this Cup of Nations.

“No, these are my boys,” he laughs, before describing the 25-year-old Aribo as “adorable, very polite. He listens, he is quite reserved and doesn’t talk a lot, but he can do it, if he has to.”

Aribo laid on Kelechi Iheanacho’s winner against Egypt in Garoua and might have had more assists had the Nigerian strikers’ finishing been better.

Eguavoen’s decision to rest Aribo as well as defender Ola Aina against Guinea-Bissau on Wednesday was motivated by a desire to protect both players from the threat of a booking that would have ruled them out of the last 16.

Rohr, who has also managed Gabon, Niger and Burkina Faso in Africa, describes Aribo as “on form at the right time. He is a player who tends to stay in the shadows but he is technically excellent and can make the difference with his left foot.”

Aribo scored seven goals in the Rangers team that won the Scottish Premiership last season and has already netted six times in this campaign, as the Glasgow club have seen Gerrard leave for Aston Villa with Giovanni van Bronckhorst taking over.

Aribo form has led to him being linked with a move back down to England, this time to the Premier League.

Usually deployed in a more attacking role at Ibrox, Aribo has been playing in the centre of midfield for his country alongside Wilfred Ndidi.

“He is a box-to-box player who gets forward from deep. He likes to beat his man and go for goal,” adds Rohr.

The former Nigeria coach discovered Aribo while scouting in Britain, where there are plenty of players with Nigerian heritage.

One-time Chelsea defender Aina played for England at age-group levels, while Everton’s Alex Iwobi — who is the nephew of Jay-Jay Okocha — represented England at youth international level after moving there as a young boy.

As for Aribo, Rohr spoke to his father and convinced both him and the player to join up with the Super Eagles. It is a move that is paying off for all sides. 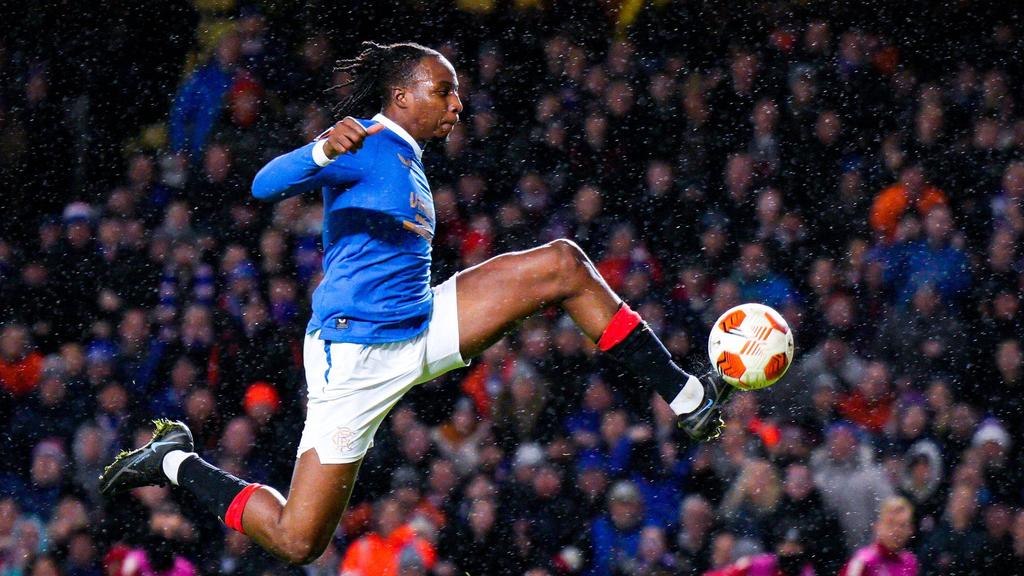