Former Tottenham Hotspur managers Harry Redknapp and Ossie Ardiles were among a host of football stars who attended the funeral of England football great Jimmy Greaves on Friday.

His widow Irene, who married Greaves when the couple were teenagers in 1958, and their four children, grandchildren and great-grandchildren were among the mourners at the crematorium in Essex, near London.

Another son, Jimmy junior, died before his first birthday in 1960.

Greaves played for a number of other clubs including Chelsea, AC Milan and West Ham.

Spurs sent a floral club crest with the words: “We have lost a dear member of our Spurs family. The greatest goalscorer the world has ever seen. Always in our thoughts. With love from everybody at Tottenham Hotspur.”

Greaves, who enjoyed a successful broadcasting career after his playing days were over, remains the greatest goalscorer in English top-flight history, with 357 goals — despite retiring from the professional game at the age of 31.

He also scored 44 times in 57 internationals.

But Greaves missed England’s 1966 World Cup Final triumph after suffering a gashed shin against France in the group stage, losing his place to Geoff Hurst, who scored a hat-trick in a 4-2 win over West Germany at Wembley that saw his side crowned champions. 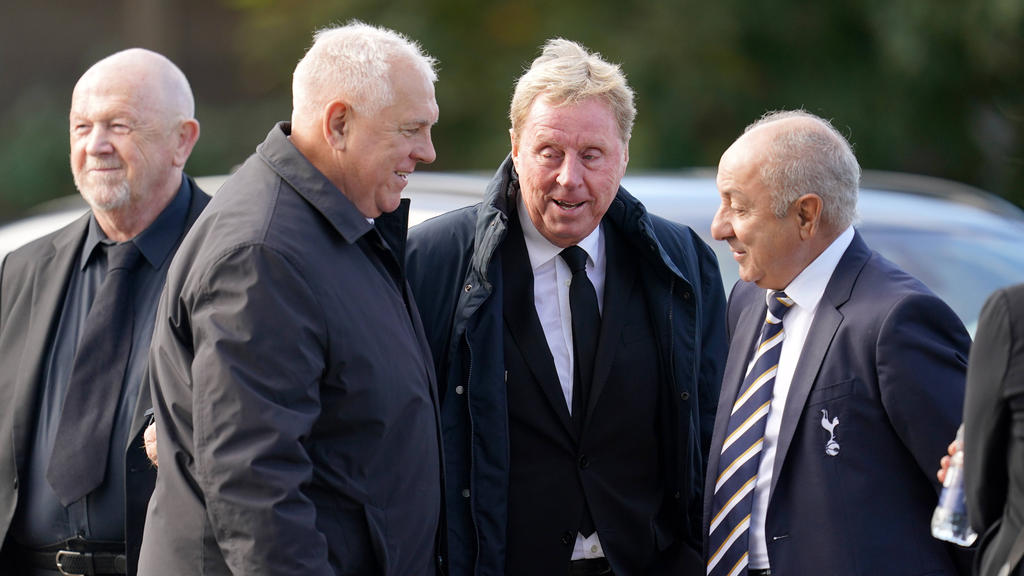