Manchester City’s 19-game winning run in all competitions makes Pep Guardiola the envy of every other Premier League boss but the Catalan has spoken of his admiration for West Ham’s David Moyes.

The Hammers were facing a relegation battle when Moyes took charge for a second time last season, but head to the Etihad on Saturday in fourth spot.

A draw or a win would end City’s record-breaking run and bolster West Ham’s own chances of qualifying for next season’s Champions League.

“They are in a Champions League position,” Guardiola said on Friday. “That is not a good run, that’s many months and they are there.

“The season will speak for itself — he (Moyes) knows football perfectly. Like (Everton boss) Carlo Ancelotti, everything is calm. They live like a Buddha life. They have that experience to do this.”

City remain on course for an unprecedented quadruple of trophies.

They are 10 points clear at the top of the Premier League and well placed to reach the Champions League quarter-finals after beating Borussia Moenchengladbach 2-0 in the first leg.

They face Everton next month in the FA Cup quarter-finals and Tottenham in the League Cup final in April.

After victory over Moenchengladbach in midweek, Guardiola said City’s success was due to the vast resources of the club’s owner Sheikh Mansour, enabling them to assemble a deep squad packed with quality to challenge on all fronts.

That was interpreted as a sarcastic shot at City’s critics, who claim they have bought their success.

But Guardiola said the biggest clubs in the world had always got to the top thanks to bigger resources.

“There are many more things,” he said. “First of all we have an incredibly strong organisation with the backroom staff, the staff and the players.

“But when you achieve what this club achieves in four years, winning a lot of games, you have to have top players.

“You can win one title with average players. To win a lot of titles you need top, top players and top players cost money. That was my reflection. It was not sarcastic, it was the truth.

“When Bayern Munich or Real Madrid, Barcelona, (Manchester) United, Juventus, Milan win things or Celtic or Rangers win the most titles in Scotland, it is because they have more money than the other clubs.” 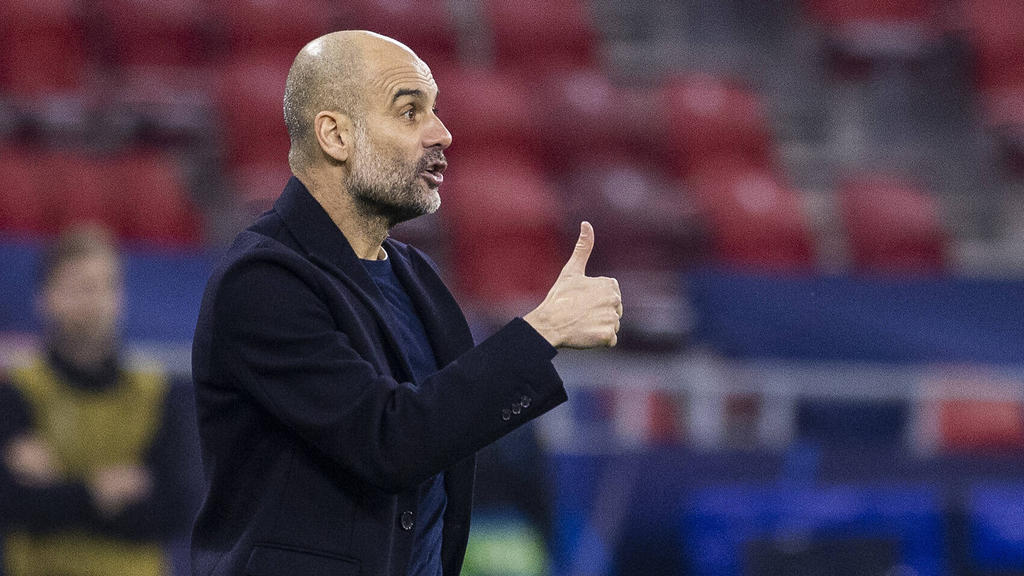