Patrick Bamford scored his 100th career goal as Leeds United cruised to a 2-0 win against Crystal Palace on Monday.

Bamford reached his century after the interval to seal Leeds’ third win in their last four Premier League games.

His 12th goal of the season was a sweet moment for Bamford, who had a miserable loan spell at Palace in 2015-16 while on the books at Chelsea.

Leeds are up to 10th place and their impressive first season back in the top-flight could yet feature a late push for a Europa League berth.

A first clean-sheet since December 29 was another welcome boost for Bielsa after six games without keeping the opposition at bay.

Mid-table Palace have now lost 17 of their past 19 league matches without Ivory Coast forward Wilfried Zaha, who was sidelined after suffering a hamstring injury in the win at Newcastle on Tuesday.

Jean-Philippe Mateta, a January loan signing from Mainz, made his Palace debut in Zaha’s absence, but his first contribution was one to forget.

Leeds made the perfect start in the third minute when Tyrick Mitchell’s clearance bounced off Mateta.

The ball ran to Harrison on the edge of the area and his shot took a substantial deflection off Gary Cahill before looping into the net.

It was Leeds’ fastest Premier League goal for 17 years and they nearly followed it with another moments later.

Bamford’s well-timed run across Cahill gave him the space to test Palace keeper Vicente Guaita with a powerful header.

Bamford missed a better chance after intercepting a loose pass from Luka Milivojevic and evading Cahill, only to blaze wide with just Guaita to beat.

Picked out by Kalvin Phillips’ cross, Pascal Struijk should have doubled Leeds’ advantage before half-time, but he headed woefully wide from three yards.

Palace had won just one of their last 23 league games after conceding the first goal.

Bamford ensured they would not improve on that dismal sequence when he netted his landmark goal in the 52nd minute.

Mateusz Klich found Raphinha in the Palace area and his shot was pushed out by Guaita, with Bamford pouncing on the loose ball with a clinical close-range finish.

Any hopes of a late Palace fightback were banished when Eberechi Eze wasted their best opportunity with a woeful finish that flew high over the bar.

Harrison could have given the scoreline an even worse look for lethargic Palace in the final minutes, but his shot rebounded off the bar. 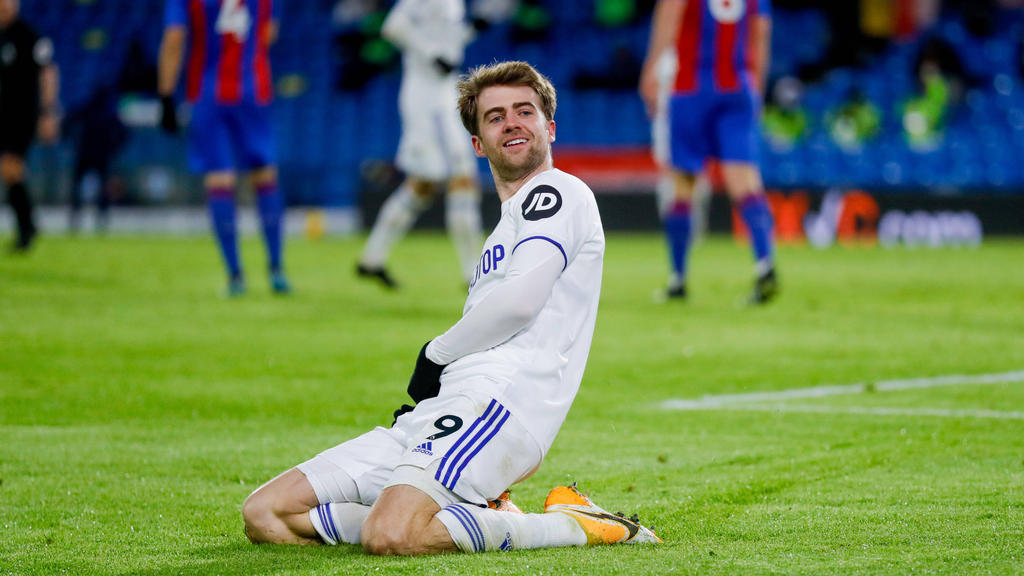 Pogba to be sidelined for a ‘few weeks’, says Solskjaer