Jose Mourinho faces a major challenge to keep Tottenham’s season on track after a fresh injury to talismanic striker Harry Kane and reported tension in the camp.

Thursday’s 3-1 home loss to champions Liverpool could be a turning point for both clubs in the title race.

Spurs, who topped the table in December, are now eight points adrift of leaders Manchester City while Liverpool are four points off the top after their first win in six league matches.

Tottenham’s title hopes are ebbing away but they are still involved in three cup competitions, with the Portuguese eager to end the fans’ 13-year wait for silverware.

Mourinho has a chance to win his first trophy for the club in April’s League Cup final against City.

But the loss of Kane for a prolonged spell could prove costly in the hunt for a Champions League spot, the Europa League and the FA Cup.

The England skipper is the club’s joint-leading scorer in the league this season, with 12 goals, but is also a key creator, with 11 assists.

Kane was withdrawn at half-time on Thursday after suffering knocks to both ankles, but it was the one to his left joint that seemed more damaging.

The 27-year-old has a long history of suffering ligament damage to his ankles and Mourinho did not sound optimistic after the match.

“For Harry to leave a game, when he wants to play always and with the team losing, for Harry to come out is not a nothing injury,” Mourinho said.

Tottenham will struggle to shrug off the loss of such a key player, who has formed a devastating partnership with South Korea’s Son Heung-min.

Gareth Bale was one option off the bench on Thursday but has rarely featured in the Premier League since his loan move from Real Madrid, hampered by fitness issues.

Instead, Mourinho turned to Argentine winger Erik Lamela, with Bale only getting nine minutes at the end.

Another option for Mourinho is Brazilian forward Carlos Vinicius, but, like Bale, he has been largely restricted to appearances in the cup competitions since signing on loan from Benfica in October.

The potential loss of Kane for a prolonged period is bad enough for morale but Mourinho must also deal with a reported show of dissent from Serge Aurier.

Press reports said the Ivory Coast defender left the Tottenham Hotspur Stadium after being substituted at half-time, with Spurs trailing 1-0.

Mourinho admitted the mood in the changing room at half-time had been tense.

“So it’s of course a mood where people are not happy, but then we have to move.” 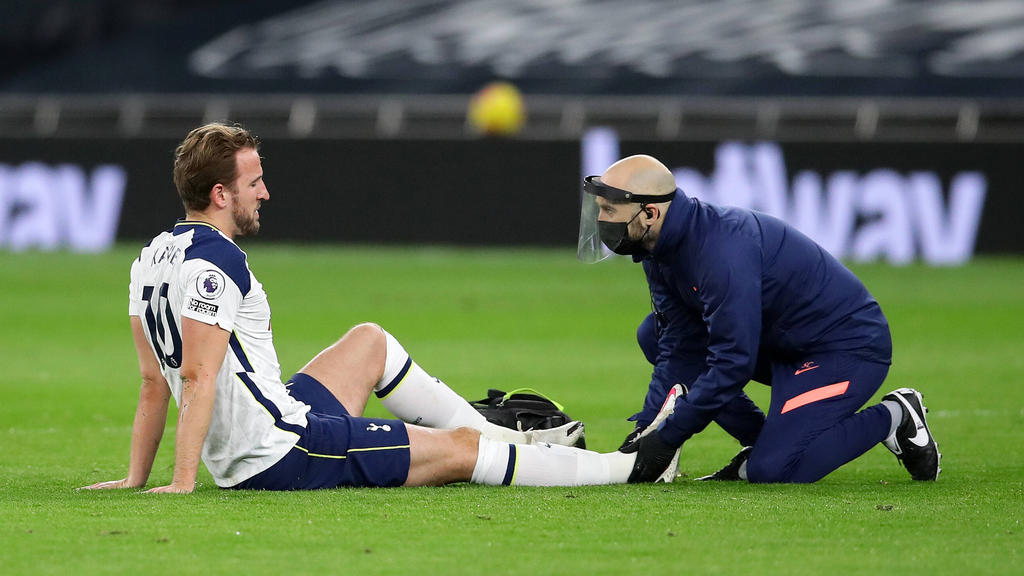